The Tobu Nikko Line is a railway line that runs between Tobu Nikko Station and Tobu-Dobutsu-Koen Station in Saitama Prefecture. At Tobu-Dobutsu-Koen Station this line connects with the Tobu Skytree Line, so many limited express through services run along both these lines as far as Asakusa Station in Tokyo. The Tobu Nikko Line is operated by the private railway company Tobu Railway, so it is not covered by the Japan Rail Pass. There are 26 stations on the Tobu Nikko Line. These are as follows:

Local trains on this line are typically bound for Shimo-Imaichi, Shin-Tochigi, or Minami-Kurihashi, so transfers may be necessary at those stations. Below are the key destinations with transfer points included. Example train fares and journey times are given from Tobu Nikko Station. 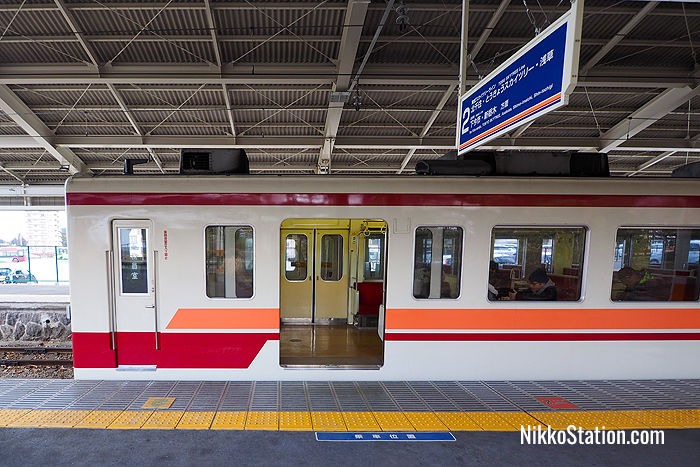 Nikko is famous for the natural beauty of its mountain setting and for its many shrines and temples. The most famous shrine is the Toshogu, which was built in the 17th century to honor the spirit of shogun Tokugawa Ieyasu. Nikko is also known for its waterfalls, hiking paths, and for the Shinkyo Bridge which is widely considered one of the most beautiful bridges in Japan.

Exit here for Takio Shrine. This shrine was founded by the legendary monk Shodo Shonin in 782 and it is a 3 minute walk from the station. The town of Imaichi is famous for soba noodles and there is a Soba Noodle Festival held in nearby Daiyagawa Park every November. 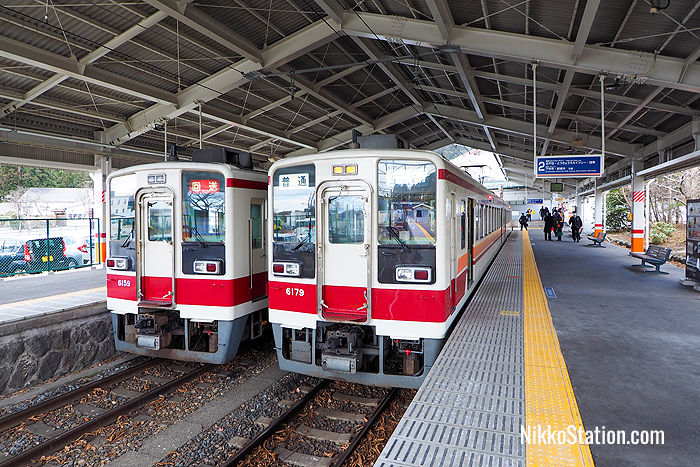 Transfer here to the Tobu Kinugawa Line for services bound for Tobu World Square theme park and the Kinugawa Onsen hot spring resort. The steam locomotive Taiju also runs regular sightseeing trips between Shimo-Imaichi and Kinugawa Onsen. There is a small steam locomotive museum inside Shimo-Imaichi Station and you can also watch the Taiju being revolved on an outdoor turntable.

Exit here for Imamiya Shrine. This shrine was founded in 782 and hosts the annual Kanuma Buttsuke Autumn Festival each year on the 2nd weekend of October. The festival features parades of beautifully carved floats called yatai, and a public contest of traditional music. Kanuma Buttsuke Autumn Festival has been listed by UNESCO as a part of Japan’s Intangible Cultural Heritage.

This is the closest station to Ioji Temple which is a 5 minute taxi ride away. Ioji is a large temple complex of many historic buildings. Among them the Karamon is a beautifully decorated Chinese-style gate, and the Kondo is the main hall which features vivid vermilion walls, beautifully carved eaves, and a thatched roof. Niregi Station is also the nearest station to Isoyama Jinja Shrine. This shrine is famous for its hydrangeas, having 2,500 bushes in 28 different varieties. The Isoyama Jinja Hydrangea Festival takes place every June and the shrine is a 5 minute taxi ride (or a 30 minute walk) from Niregi Station.

Kanasaki is a popular cherry blossom viewing location in late March and early April when over 200
cherry trees on the banks of the Omoi River come into bloom. A cherry blossom festival is held here every year with refreshment booths and a stage with musical performances. The cherry trees are a 10 minute walk from Tobu Kanasaki Station. 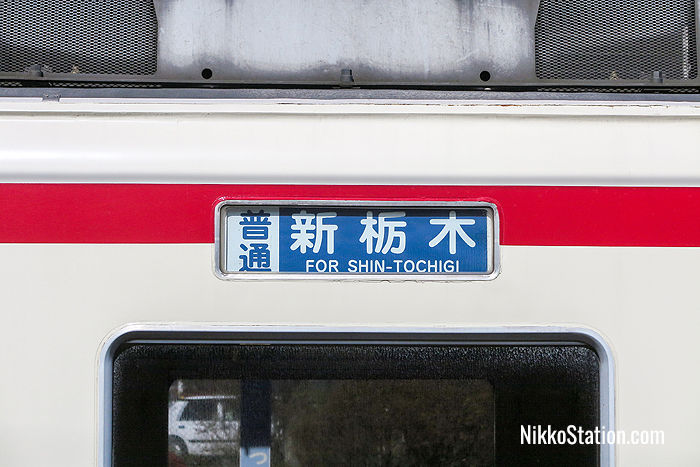 The main sightseeing area of Tochigi is the Kuranomachi district which has many well-preserved historical buildings and old warehouses which are called “kura”. Local attractions include the Tochigi Kuranomachi Museum of Art which is located in three 200-year-old warehouses, and boat tours on the Uzuma River. Transfer at Tochigi Station to the JR Ryomo Line.

The main attraction in Satte is Gongendo Tsutsumi, which is a scenic area of parkland by the banks of the Naka River. Over 1,000 cherry trees bloom here in April together with fields of yellow rapeseed blossoms, and in June over 16,000 hydrangeas come into bloom. The park is an 8 minute taxi ride, or a 30 minute walk from Satte Station. 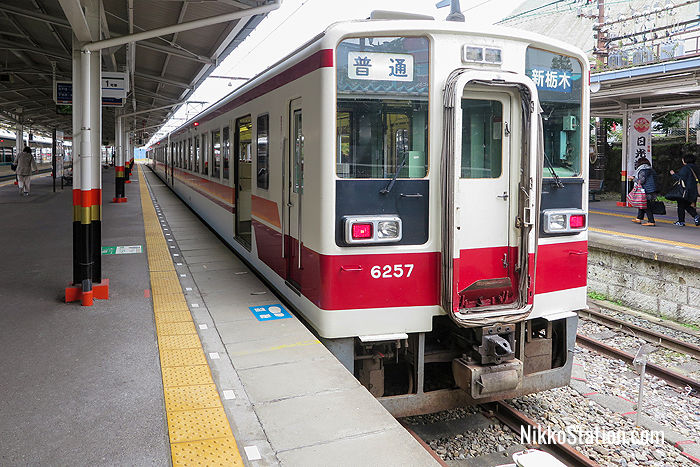 A local train bound for Shin-Tochigi

Although Tobu Railway lines are not covered by the Japan Rail Pass, Tobu do offer their own discount passes for international tourists. Special passes are offered for the Nikko area. To find out more please visit the official Tobu Railway website.

The official Tobu Railway website has downloadable route maps of all the Tobu lines. Use the Japan Transit Planner to find the trains that suit your schedule.