If you have a lot of luggage or your hotel is some distance from the station, then you may need to take a taxi. Taxis are easy to find in Nikko and Kinugawa Onsen, because there are taxi stands outside all the stations. The bad news is that taking a taxi in these areas is not cheap. However, if you are traveling in a group of two or more people then you will be able to split the cost between you. The base fare for a standard sized car in Nikko and Kinugawa Onsen is 740 yen for the first 2 kilometers. After that the fare goes up by 90 yen every 276 meters. To get to the Toshogu Shrine from Tobu Nikko Station will probably cost you around 1,180 yen. 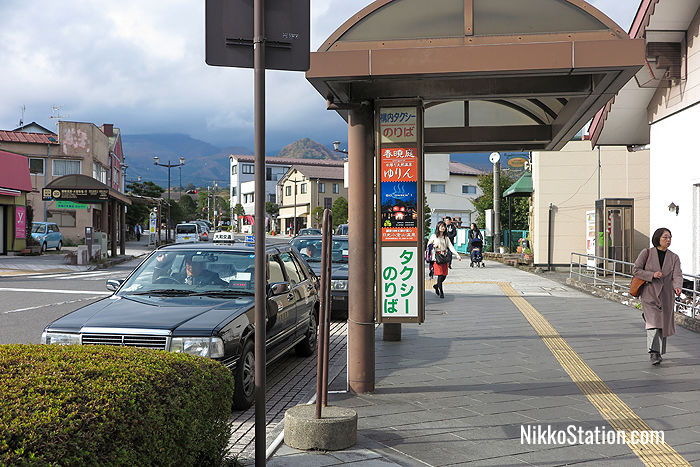 Taxi fares will differ according to the size of the car. There are three basic sizes in Tochigi Prefecture: standard (futsu-sha 普通車), large (ogata-sha 大型車), and extra-large (tokudai-sha 特大車). If you take a larger car, the fare will be more expensive. A standard sized taxi can seat four people, but if you have more people in your group you will need either a bigger taxi or another vehicle. There is also a late-night fee which is charged between 22.00 and 5.00. During this period fares increase by 20%. 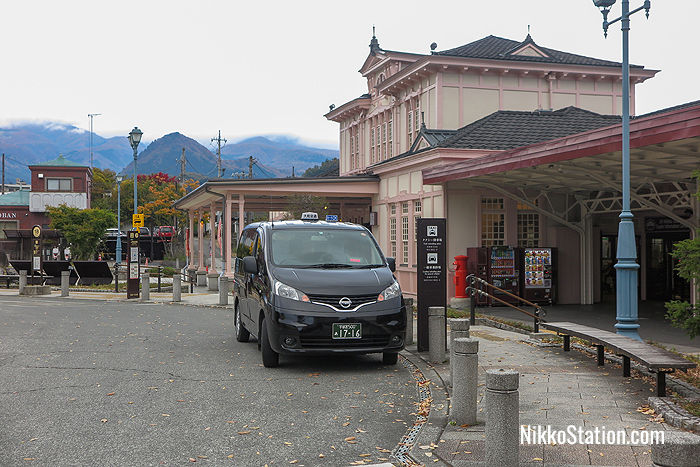 A taxi at JR Nikko Station

There are taxi ranks outside JR Nikko Station, Tobu Nikko Station, and Kinugawa-Onsen Station. At taxi ranks, the taxis line up and customers board them as they become available. At other locations you can easily hail a taxi by raising your hand. Vacant taxis have a red sign saying 空車 at the front of the car. If a taxi is occupied, the sign will be green and say 賃走. These signs are illuminated, so they are easy to spot. 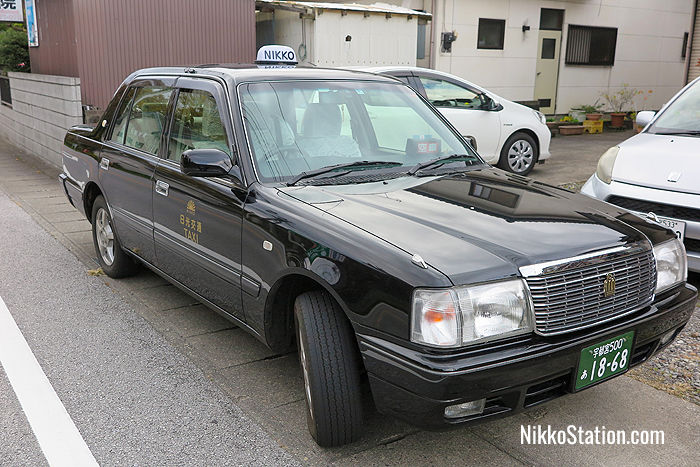 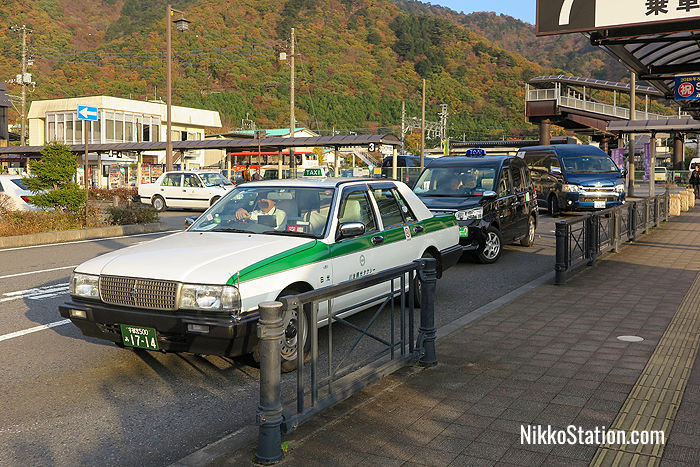 How to Use a Japanese Taxi