Nikko’s Shinkyo Bridge is a sacred river crossing which officially belongs to nearby Futarasan Jinja Shrine. One of Nikko’s best-known sightseeing spots, the elegant arc of this bridge crosses the Daiya-gawa River and its vermilion and black lacquer contrasts beautifully with the natural scenery about it.

The name “Shinkyo” or 神橋 simply means “sacred bridge” and the bridge is considered to be one of Japan’s three most beautiful bridges along with the Kintaikyo Bridge in Yamaguchi Prefecture and the Saruhashi Bridge in Yamanashi Prefecture. The bridge, which is 28 meters long, 7.4 meters wide, and stands 10.6 meters above the river, is both a nationally designated Important Cultural Property and a UNESCO designated World Heritage Site. 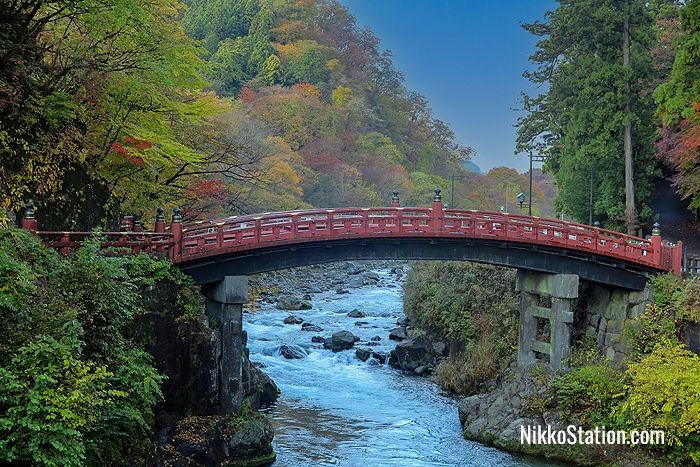 The Shinkyo Bridge in Nikko

In the past the Shinkyo Bridge was closed to the general public and only opened for important military leaders and imperial messengers. However, now visitors can now walk across it after paying an admission fee. The bridge acts as an entryway into the main sightseeing area of central Nikko, and most visitors will stop here to take a picture of the bridge even if they don’t pay the entry fee to walk across it. 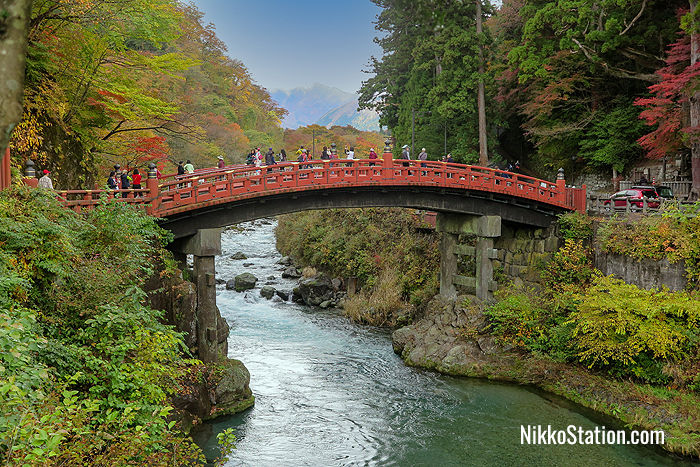 The Shinkyo Bridge’s current design dates back to 1636, but there was a bridge in the same location for a long time previous to that. In 1902 the bridge was washed away by floods, but it was rebuilt in 1904 according to the 1636 design. The Shinkyo Bridge’s true origins are mysterious, but there is a legend about it. 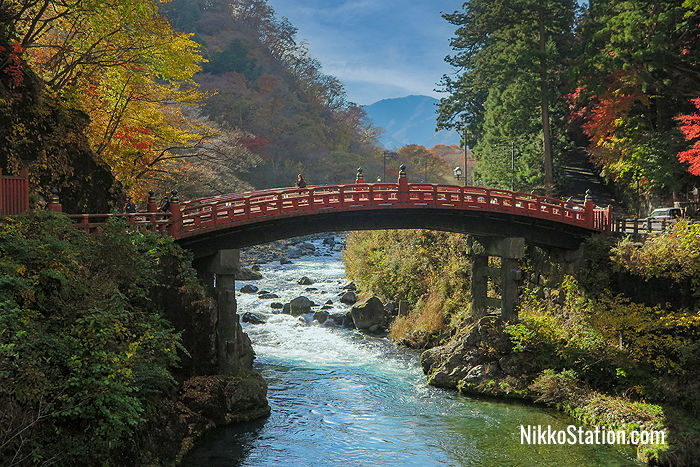 An early morning view of the Shinkyo Bridge

In 766 a priest named Shodo Shonin was traveling in the area with his followers when he came to the edge of the rapidly flowing Daiya-gawa River and was unable to cross it. The priest got down on his knees to pray and a gigantic god called Jinja-Daisho appeared on the opposite bank with two big snakes, one red and one blue, wrapped about his arm. The god threw the snakes across the river and they were transformed into a rainbow-colored bridge with sedge grass growing on its top. Shodo Shonin and his followers were able to safely cross this miraculous bridge after which both the bridge and the god disappeared. According to the legend a bridge has been built and maintained here since that time. After crossing the rainbow bridge Shodo Shonin went on to found Rinnoji Temple, Futarasan Jinja Shrine, and Chuzenji Temple. Nikko grew up around these sacred sites and so Shodo Shonin is regarded as Nikko’s founder. The legend of Shodo Shoin’s bridge is why the Shinkyo Bridge is also known as Yamasuge-no-Hebi-bashi which means “Snake Bridge of Mountain Sedge”. 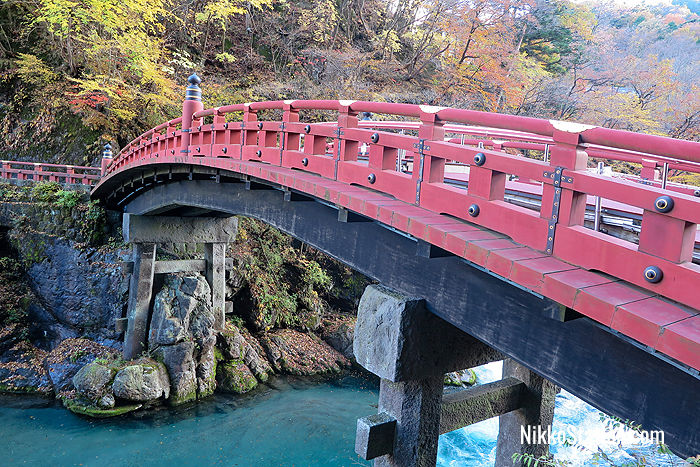 A close-up view of the Sacred Bridge

The most popular (and busiest) time to view the Shinkyo Bridge is in late October and the first half of November when it is surrounded by colorful autumn foliage. During this period the bridge is also sometimes illuminated at night. 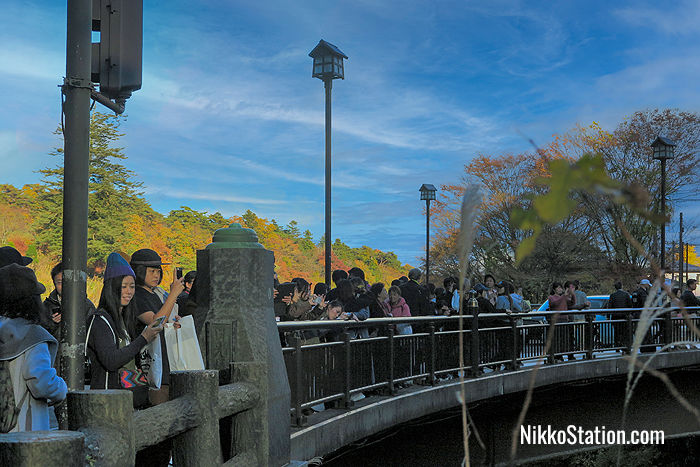 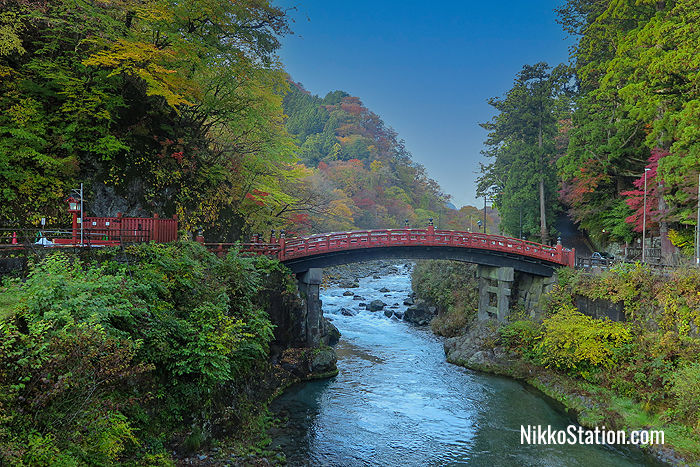 The Shinkyo Bridge viewed from a distance

The Shinkyo Bridge is a 25 minute walk from JR Nikko Station and 20 minutes from Tobu Nikko Station. If traffic is not too heavy, buses from the station area can take you to the bridge in just 5 minutes. Here is a map