The Spacia Kinugawa is a limited express service that provides a quick link between Kinugawa-Onsen Station in Tochigi Prefecture and Shinjuku Station in Tokyo. This train runs the same route as the more simply named “Kinugawa” service. The difference between the two services is the type of train. While the Spacia Kinugawa uses a Tobu #100 series train set, the Kinugawa uses JR East’s #253 series train set. However, both services are jointly operated by JR East and Tobu Railway. Because Tobu Railway is a private company, the Japan Rail Pass will only cover the cost for the JR East section of this route. 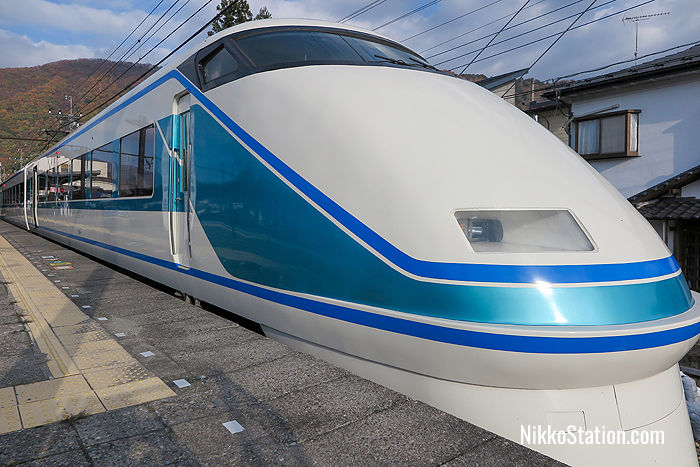 At Kinugawa-Onsen Station all limited express services arrive and depart at platforms 1, 3, and 4. At Shinjuku Station the Kinugawa departs from JR platforms 5 and 6. All seats on this service must be reserved in advance, and you will have to pay a limited express surcharge as well as paying for your train ticket.

Journey times for Spacia Kinugawa services vary, but most trains run between Kinugawa-Onsen Station and Shinjuku Station in around 2 hours and 10 minutes. Between Kinugawa Onsen and Tochigi the Spacia Kinugawa runs on Tobu Railway operated lines. It then switches to JR East lines at Kurihashi Station before continuing the rest of the journey to Shinjuku. The Spacia Kinugawa makes passenger stops at the following stations, but some services do not stop at Tobu World Square.

The key destinations and transfer points are listed below with rail fares (including the limited express surcharge) and example journey times given from Kinugawa-Onsen Station.

Kinugawa Onsen is one of the finest hot spring resort areas in eastern Japan. Here many traditional hotels and ryokan-style inns are located along a deep valley gorge, and guests can enjoy spectacular views from their rooms and even while bathing in the hot spring baths. Popular local activities include taking boat cruises on the Kinugawa River (from April till November) and riding a cable car to the observation point on top of Mount Maruyama where there is a small monkey park. This town is also convenient for the Edo Wonderland amusement park which is a 15 minute bus ride from Kinugawa-Onsen Station. The theme park recreates the architecture and culture of the Edo era (1603 – 1868) with wooden buildings and staff dressed in period costume. Visitors can also dress up in historical outfits and enjoy street shows, ninja workshops, seasonal festivals, and colorful parades.

This station is the transfer point for the Tobu Nikko Line with services bound for Tobu Nikko Station.

This station serves Tochigi City and is convenient for the main sightseeing area of Kuranomachi which is famous for its well preserved wooden warehouses. Local attractions include Tochigi Kuranomachi Museum of Art, Tochigi Utamaro Museum which displays ukiyo-e prints by the artist Kitagawa Utamaro, and Okada Memorial Museum which has on display many fine historic artifacts. Boat tours on the Uzumagawa River are also a popular activity. Transfers can be made at Tochigi Station to the JR Ryomo Line.

Transfers can be made here to JR East’s Utsunomiya Line, Keihin-Tohoku Line, and Shonan-Shinjuku Line.

Ikebukuro is a major commercial center in Tokyo and has many department stores, electronics stores, restaurants, and bars. Local attractions include Tokyo Metropolitan Theatre, the Sunshine City shopping complex which includes an aquarium, and the Sunshine 60 skyscraper which has an observation deck.

Shinjuku is one of Tokyo’s main entertainment and business districts and has countless shopping, dining and nightlife facilities. Shinjuku’s top attractions include the cheap eateries of Omoide Yokocho, the restaurants and clubs of Kabukicho, the bars of Golden Gai, the observation decks at the top of the Tokyo Metropolitan Government Buildings, and the peaceful greenery of Shinjuku Gyoen Park.

The Spacia Kinugawa makes two regularly scheduled return journeys per day between Kinugawa-Onsen Station and Shinjuku Station. The regular schedule is given below with times from the main boarding locations. Please note that services #2 and #7 do not stop at Tobu World Square.

In addition to the regular services which are shown above, there are also supplementary services during peak travel periods and holidays. However, the schedules for these additional trains vary with the season. To find out the dates and times for additional services, please check JR East’s online timetables. 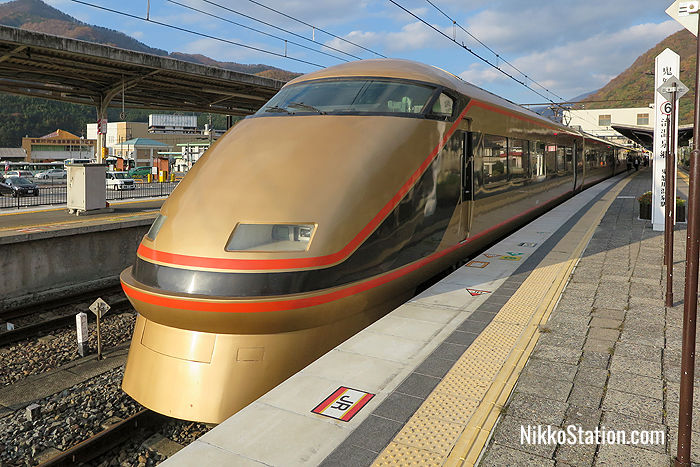 About the Limited Express Spacia Kinugawa

The Spacia Kinugawa is a 6-car Tobu #100 series train set. All cars are non-smoking and there is also free Wi-Fi internet access available throughout the train. In the 6th car there are six private compartments which can seat up to four people each. These compartments cost an additional 6,180 yen for the full journey between Kinugawa-Onsen and Shinjuku. The Spacia Kinugawa has an on board trolley service selling drinks, sandwiches, bento-style lunch boxes, and Spacia-themed souvenirs. There is also a soft drinks vending machine in car 3. Some trains also have a kiosk in car 3 where you can buy drinks, snacks, and souvenirs. 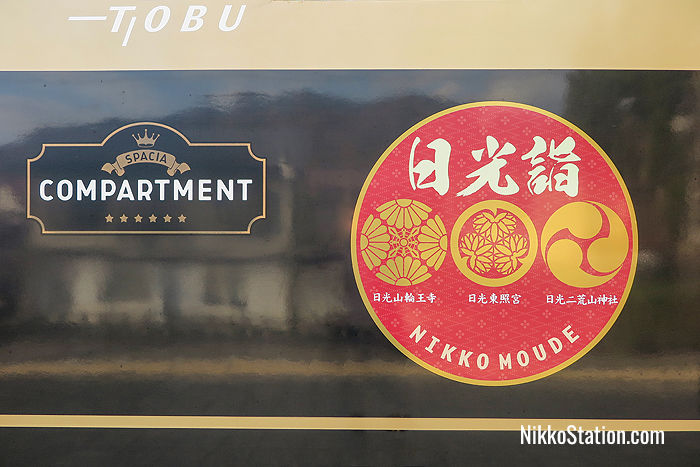 Alternatives to the Spacia Kinugawa

In addition to the Spacia Kinugawa, JR East and Tobu Railway also operate one regular Kinugawa return service that follows the same route. The Kinugawa service uses a JR East #235 series train, but the fare is the same as for the Spacia Kinugawa. The travel time for the Kinugawa is 2 hours and 6 minutes from Kinugawa-Onsen to Shinjuku, and 2 hours and 14 minutes from Shinjuku to Kinugawa-Onsen.

Tobu Railway also operate a series of limited express services between Kinugawa-Onsen Station and Asakusa Station in Tokyo. Services that run between these two stations are the Spacia Kinu, Revaty Kinu, and Revaty Aizu. 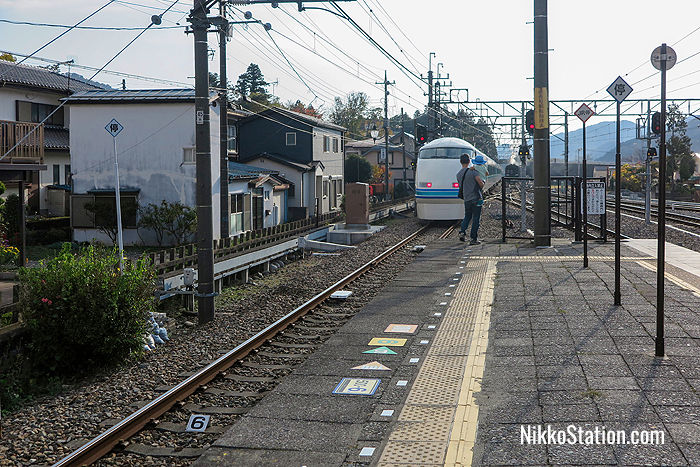 JR East have complete timetables for limited express and shinkansen services on their official website. Tobu Railway also have complete up-to-date timetables for all their limited express services on their website. To find the train times and routes that suit your own travel itinerary, we recommend using English language route finders like the Japan Transit Planner or Hyperdia.