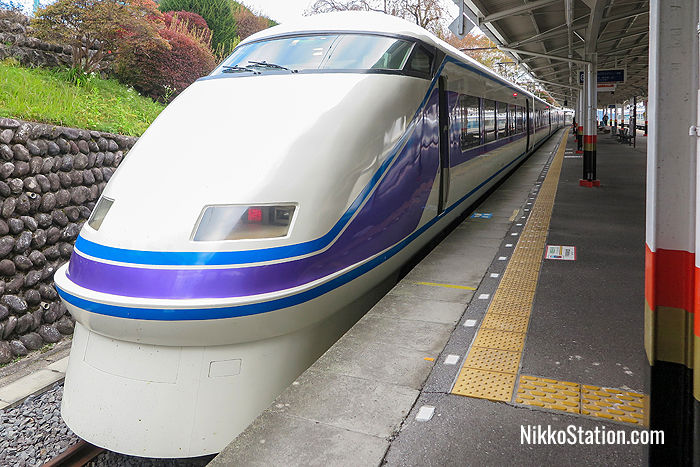 The Spacia Kegon stops at the following stations. Only two services, that start or terminate at Shin-Tochigi Station, include that station on their route.

The key destinations are listed below with rail fares (including limited express surcharges) and example journey times given from Tobu Nikko Station. 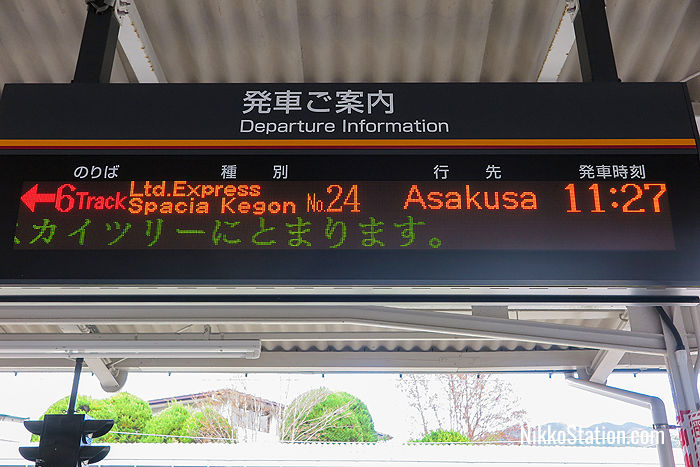 Nikko is one of Japan’s top tourist destinations and is famous for its ancient sites, and breathtaking natural scenery. Among its shrines and temples, the Toshogu Shrine, Futarasan Jinja Shrine, and Rinno-ji Temple, are listed by UNESCO as World Heritage Sites and their grounds contain many historic and beautiful structures. Nikko is also the access point for the Oku-Nikko region with its many hot spring resorts and natural beauty spots such as the spectacular Kegon Falls, and the scenic Lake Chuzenji.

Transfers can be made here to the Tobu Kinugawa Line for services bound for the theme park at Tobu World Square and the hot spring resort town of Kinugawa Onsen. On weekends and public holidays Tobu operate special 35 minute steam locomotive rides on the SL Taiju between Shimo-Imaichi and Kinugawa Onsen stations.

Tochigi’s chief sightseeing area is the historic Kuranomachi district which has many well-preserved buildings and wooden warehouses which are called “kura”. Popular local attractions include the Tochigi Kuranomachi Museum of Art which is located in three 200-year-old warehouses, and boat tours on the Uzuma River. Transfers can be made here to the JR Ryomo Line.

Transfers can be made here to the Tobu Urban Park Line.

Transfers can be made here to the Tsukuba Express, the JR Joban Line, and Tokyo Metro’s Chiyoda and Hibiya lines.

Exit here for the Tokyo Skytree, which is the world’s tallest tower at 634 meters high. The Skytree is a popular tourist attraction with upper level observation decks as well as souvenir shops and restaurants. Around the tower is a large commercial complex with a great variety of shopping and dining facilities, a museum and an aquarium.

Asakusa is a major sightseeing destination in Tokyo. Among its top attractions are Sensoji Temple which dates from the year 645 and is believed to be Tokyo’s oldest temple, and the dramatic Kaminarimon (or “Thunder Gate”) which is a popular meeting place and Instagram spot. Shopping at the souvenir shops of Nakamise and dining at the cheap pubs of Hoppy Street are popular activities in this downtown district. Transfers can be made in Asakusa to Toei Asakusa Subway Line, Tokyo Metro Ginza Line, and the Tsukuba Express Line. 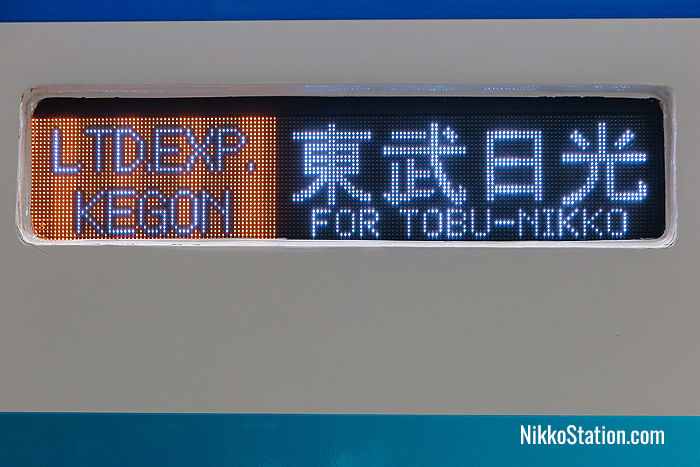 A carriage nameplate on the Spacia Kegon

On Board the Spacia Kegon

All cars on the Spacia Kegon are non-smoking and there is also a free Wi-Fi internet service available on board the train. In the 6th car there are six private compartments which can seat up to four people each. These compartments cost an additional 3,090 yen on weekdays and 3,700 yen on weekends and holidays. The Spacia has an on board trolley service selling drinks, sandwiches, bento-style lunch boxes, and Spacia-themed souvenirs. There is also a soft drinks vending machine in car 3. Some trains also have a kiosk in car 3 where you can buy drinks (including draft beer), snacks, and souvenirs.

The Spacia Kegon makes 7 return services on weekdays, and 8 return services on weekends and holidays. Most trains start or terminate at Tobu Nikko Station. However, service #206, which is the first train to Asakusa, starts at Shin-Tochigi, and so cannot be boarded at Tobu Nikko. Also service #255, which is the last service from Asakusa, terminates at Shin-Tochigi and does not continue to Tobu Nikko. 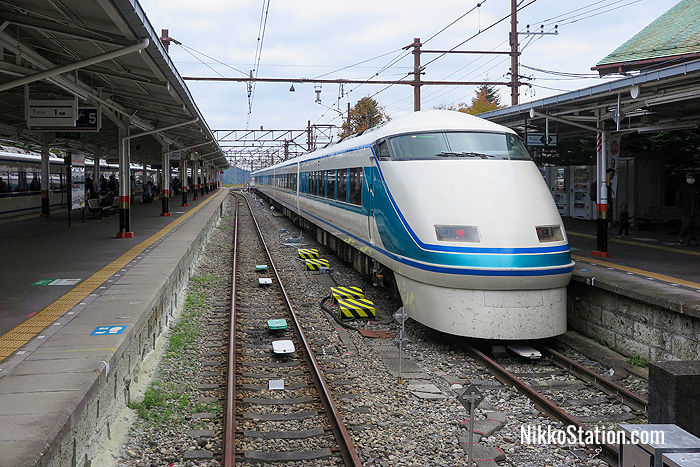 Because Tobu Railway is a private company its lines are not covered by the Japan Rail Pass. However, Tobu does have its own system of discount passes for international tourists. Special passes are offered that cover the Nikko area and the journey between Nikko and Asakusa. To find out more please visit the official Tobu Railway website.

Alternatives to the Spacia Kegon

Tobu Railway operates two other limited express services that run between Tobu Nikko and Tobu Asakusa stations. These are the Kirifuri (which is the cheapest service but only runs on weekends and holidays) and the Revaty Kegon. There is also another service called the Limited Express Nikko which runs between Tobu Nikko Station and Shinjuku Station in Tokyo.