The Revaty Kegon is a limited express service operated by Tobu Railway that provides a fast connection between Tobu Nikko Station in Tochigi Prefecture and Tobu Asakusa Station in Tokyo. Because Tobu Railway is a private company this train is not covered by the Japan Rail Pass, but Tobu does have its own system of discount passes for international tourists. All seats on this service must be reserved in advance, and you will have to pay a limited express surcharge as well as paying for your train ticket. 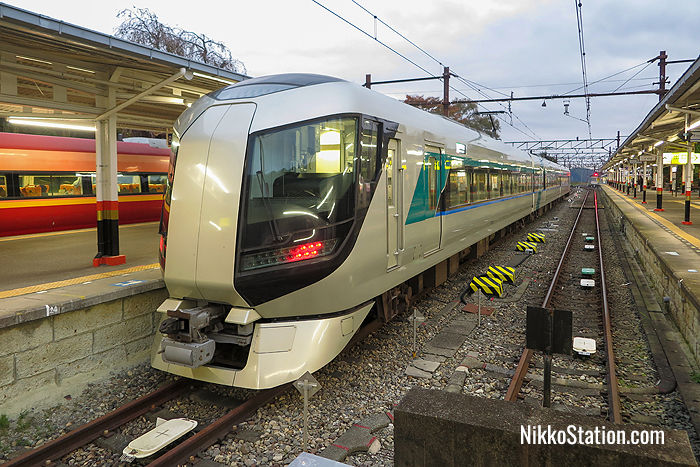 The key destinations are listed below with transfer points. Fares (including the limited express surcharge) and example journey times are given from Tobu Nikko Station. 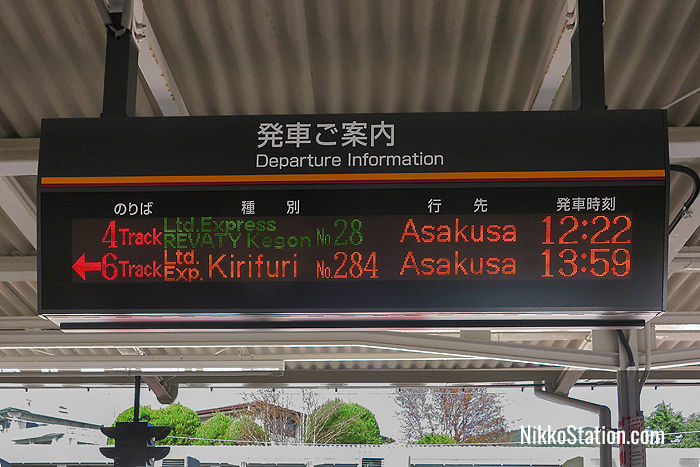 Nikko is an ancient town of shrines and temples in the scenic mountains of Tochigi. Nikko’s attractions include:

Nikko is also the departure point for the Oku-Nikko district which is famous for its waterfalls, hot spring resorts, and the scenic beauty of Lake Chuzenji. 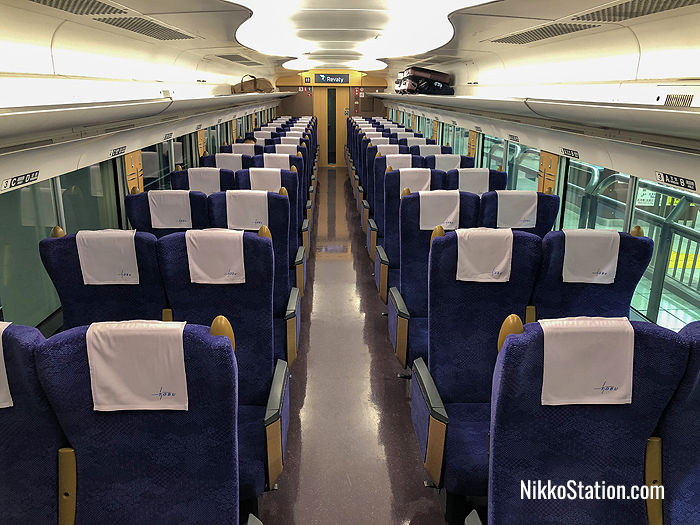 Transfers can be made here to the Tobu Kinugawa Line for services bound for the theme park at Tobu World Square and the hot spring resort town of Kinugawa Onsen. The steam locomotive Taiju also runs regular sightseeing trips between Shimo-Imaichi and Kinugawa Onsen. There is a small steam locomotive museum inside Shimo-Imaichi Station and an outdoor turntable where visitors can watch the SL being turned around.

Tochigi’s main sightseeing area is the historic Kuranomachi district which has many old wooden warehouses which are called “kura”. Local attractions include the Tochigi Kuranomachi Museum of Art which is located in three 200-year-old warehouses, and boat tours on the Uzuma River. Transfers can be made here to the JR Ryomo Line.

Transfers can be made here to the Tobu Urban Park Line.

Transfers can be made here to the JR Joban Line, the Tsukuba Express, and Tokyo Metro’s Chiyoda and Hibiya lines.

Exit here for Tokyo Skytree. Tokyo Skytree is the world’s tallest tower at 634 meters high. Inside the tower are observation decks, souvenir shops, two cafes and a restaurant. In the commercial complex around the tower are a wide variety of shops, restaurants, a museum, and an aquarium. 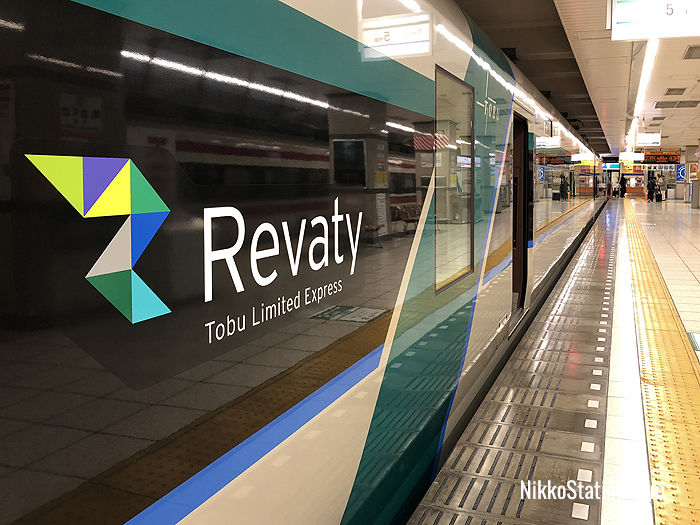 Asakusa is the heart of downtown Tokyo. Its chief attractions are the ancient Sensoji Temple and its Kaminarimon Gate, Nakamise shopping street, and the cheap old-fashioned pubs of Hoppy Street. Transfers can be made in Asakusa to Toei Asakusa Subway Line, Tokyo Metro Ginza Line, and the Tsukuba Express Line. 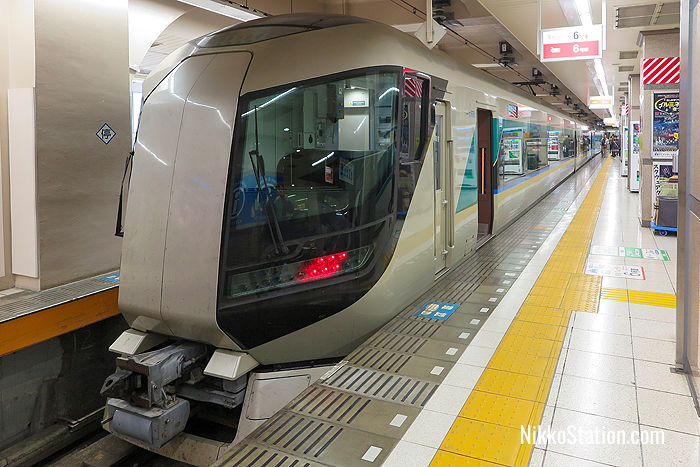 The Revaty Kegon is a three-car Tobu #500 series train with 161 seats. The train is completely non-smoking. Cars are lit with LED lighting and each seat has its own power outlet. Wi-Fi is available throughout the train. There are spaces for wheelchairs and washrooms accessible for wheelchair users.

Drinks and snacks are only sold on board the following Revaty Kegon services: #11 and #17 from Asakusa to Nikko, and #28 and #32 from Nikko to Asakusa. For other services passengers are advised to buy food and drink before the journey. 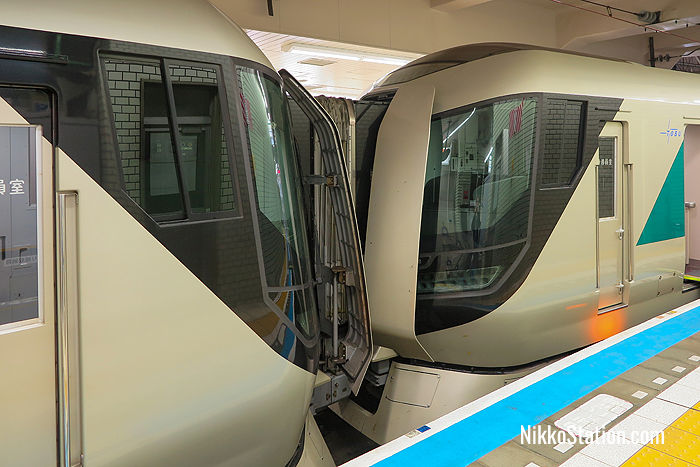 The Revaty Kegon is one of a series of Revaty services operated by Tobu Railway. The Revaty train series won the Laurel Prize for its design in 2018, and its sleek appearance has made it popular with both rail travelers and train enthusiasts. One of the chief features of the Revaty series is that trains bound for separate destinations can be coupled together for part of their route, and decoupled on the way. For this reason, if you are boarding the Revaty Kegon at Tobu Asakusa Station, you should be careful to get on the right part of the train. However, carriages are clearly marked, so this should not be a problem. 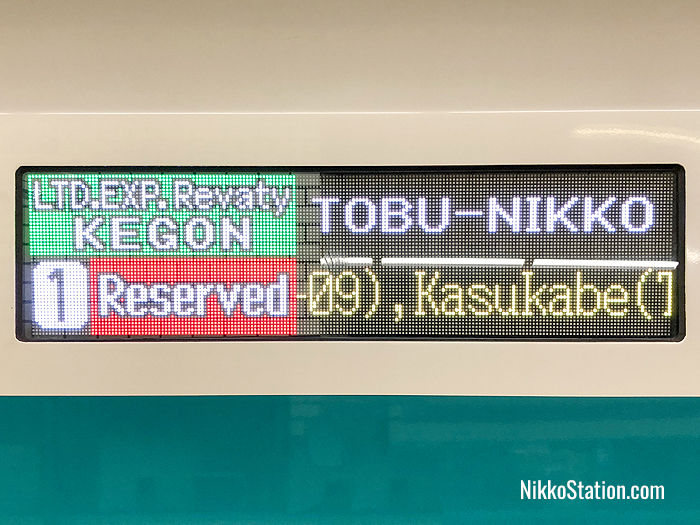 A carriage nameplate for the Revaty Kegon

Tobu Railway lines are not covered by the Japan Rail Pass, but Tobu does have its own system of discount passes for international tourists. Special passes are offered that cover the Nikko area and the journey between Nikko and Asakusa. To find out more please visit the official Tobu Railway website. 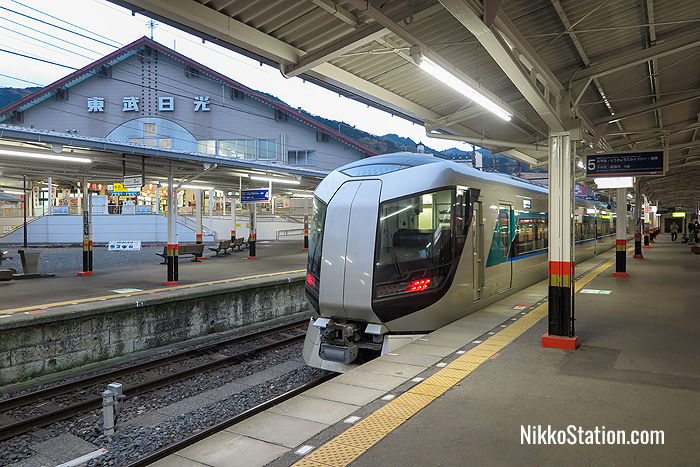 Alternatives to the Revaty Kegon

Tobu Railway operates two other limited express services that run between Tobu Nikko and Tobu Asakusa stations. These are the Spacia Kegon which is the fastest service, and the Kirifuri which only runs on weekends and holidays but is also the cheapest service available.

The official Tobu Railway website has downloadable route maps of all the Tobu lines and complete timetables for all limited express services. To find the train times and routes that suit your own travel itinerary, we recommend using English language route finders like the Japan Transit Planner.