The JR Nikko Line is a railway line operated by JR East that runs between JR Nikko Station and Utsunomiya Station. All trains running on this line are local services that stop at all stations. Services on this line are fully covered by the Japan Rail Pass. 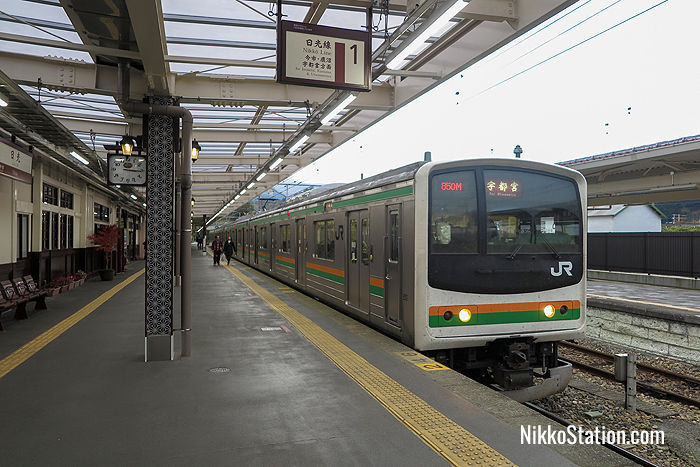 A local train at JR Nikko Station bound for Utsunomiya

There are just 7 stations on the JR Nikko Line and they are all located in Tochigi Pefecture.

The key destinations are listed below with fares and example train times given from JR Nikko Station. 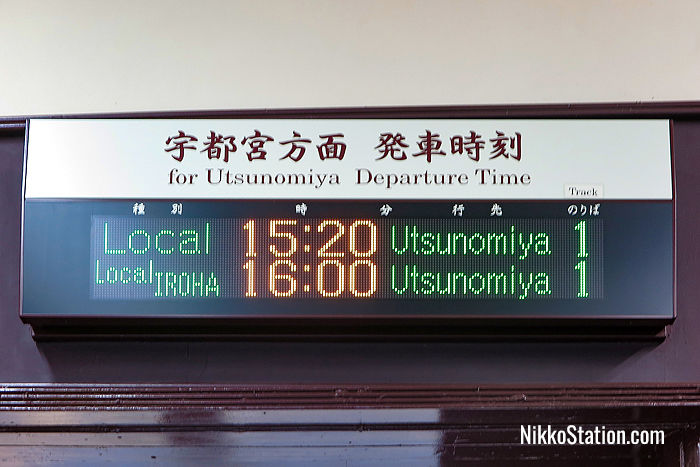 The town of Nikko is famous for its many shrines and temples. Among these the Toshogu is a beautifully decorated shrine built around the tomb of the shogun Tokugawa Ieyasu who died in 1616. Nikko is also known for its hot springs, its wild monkeys, and for Shinkyo Bridge which is considered to be one of the most beautiful bridges in Japan. 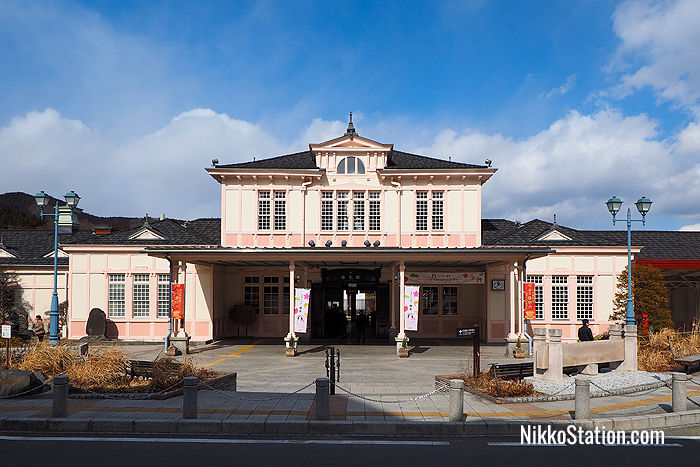 The town of Imaichi is well-known for its soba (buckwheat) noodle restaurants and its sake breweries. There are also a small number of sightseeing locations in this area. Hotoku Ninomiya Shrine is dedicated to the 19th century farming reformer, Ninomiya Sontoku, who lived in Imaichi at the end of his life. The shrine is a 10 minute walk from Imaichi Station. Nyoraiji is a Buddhist temple, which was established in the 15th century, and it is an 11 minute walk from Imaichi station. Takio Shrine, which was founded by the legendary monk Shodo Shonin in 782, is a 15 minute walk from the station. Imaichi is also a popular starting point for those wishing to hike along part of the Nikko Cedar Avenue, which at 37 kilometers is the longest tree-lined road in the world.

There are several interesting shrines and temples in Kanuma City. Imamiya Shrine was founded in 782 and hosts the Kanuma Imamiya Fall Festival each year on the 2nd weekend of October. The festival features parades of beautifully carved floats accompanied by traditional music and dancing and it has been listed by UNESCO as a part of Japan’s Intangible Cultural Heritage. Furumine Shrine is dedicated to long-nosed goblins called Tengu, and it has a large display of tengu masks. The garden of Furumine Shrine is also famous for its beauty. Ioji Temple was established in 765 and is famous for its beautifully carved Chinese style Karamon gate and for the thatched roof of its main hall.

Utsunomiya is the capital city of Tochigi Prefecture. Utsunomiya’s attractions include the reconstructed Utsunomiya Castle, Futaarayama Shrine which is said to be over 1,600 years old, Oyaji Temple which is believed to date from 810, and Oya History Museum which has many ancient artifacts. Utsunomiya is also famous for its Chinese-style gyoza dumplings. There are many gyoza specialty restaurants in Utsunomiya and a Gyoza Festival is held in Utsunomiya Castle Park in early November each year.

At Utsunomiya Station passengers can transfer to the Tohoku Shinkansen, and the following the JR lines: the Utsunomiya Line, the Shonan-Shinjuku Line, and the Karasuyama Line. 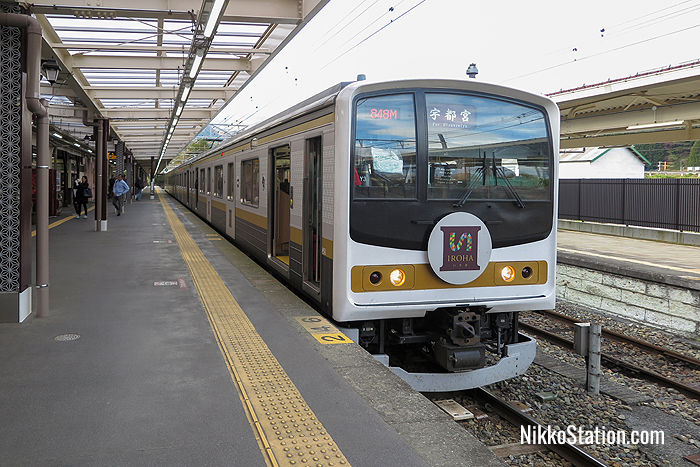 All trains running on the JR Nikko Line are local services that stop at all stations. However, in addition to the regular local trains, there is also a special local train called the Iroha. The Iroha is a specially refurbished train with more spacious seating and a pleasantly decorated interior which is designed to create an enjoyable sightseeing atmosphere. Around five Iroha services run between JR Nikko Station and Utsunomiya Station each day. The name “Iroha” is taken from the Iroha-zaka, which are two winding roads linking Nikko and Oku-nikko. It is also inspired by a famous Heian era poem, also called Iroha, which contains every character in the Japanese syllabary. There is no extra charge for boarding this train. For all services between Nikko and Utsunomiya we recommend using the Japan Transit Planner to find the best time for your journey. 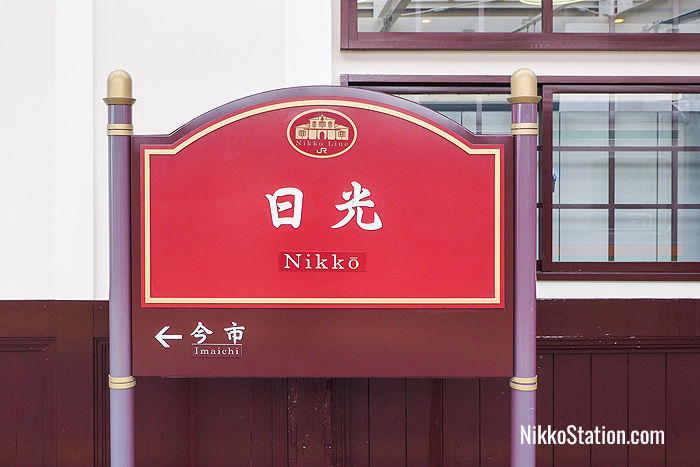