Chuzenji Temple is a major Buddhist temple on the east side of Lake Chuzenji in Nikko’s Okunikko region. The lake actually takes its name from the temple which was founded in the year 784 by the priest Shodo Shonin. Shodo Shonin was a pioneer who opened up the Nikko area and he also founded Nikko’s World Heritage Sites Rinnoji Temple and Futarasan Jinja Shrine. 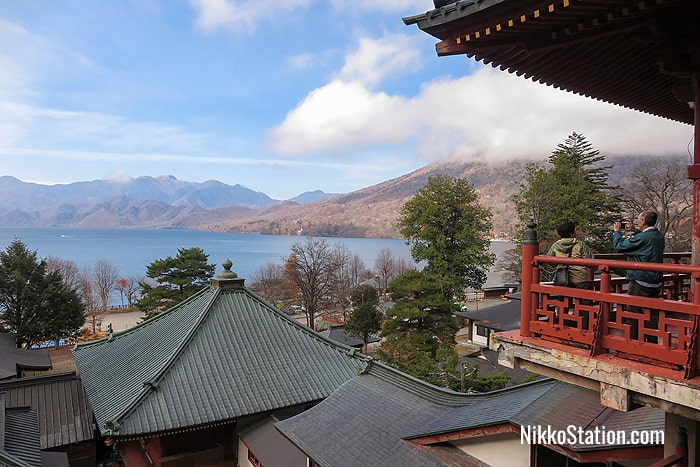 The principal object of worship in this temple is a 6-meter high statue of the Kannon, the goddess of Mercy, which has been carved from a tree. This statue is a nationally designated Important Cultural Property. According to legend, Shodo Shonin was taking a boat across the lake when he had a vision of the goddess of Mercy rising above the lake’s waters. On reaching land he immediately carved a statue of what he had seen from a katsura tree standing on the shore, and this is the statue that is kept in the temple today. For this reason the statue is called Tachiki Kannon, which means “Standing Tree Kannon”. The temple itself is also sometimes called Tachiki Kannon out of respect for the statue. 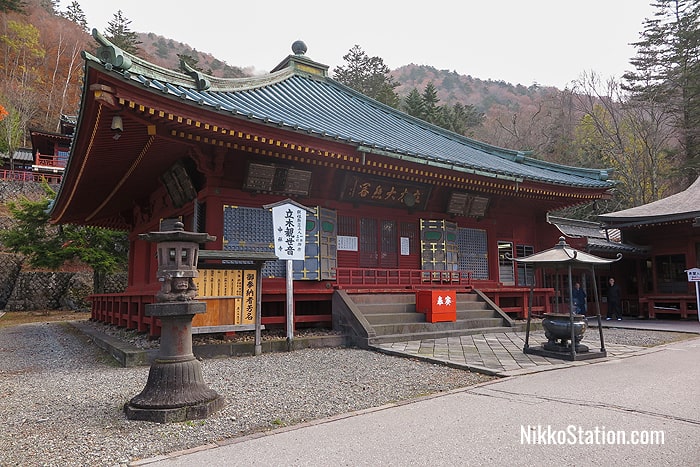 Originally the temple was located closer to the holy mountain of Mount Nantai, but in 1902 a terrible storm caused a landslide which caused terrible damage to the temple and washed the Tachiki Kannon statue into the lake. After three days the statue was found unharmed floating on the lake, and then the temple was rebuilt in its current location. For this reason people pray to this statue for help in overcoming hardships and disasters. 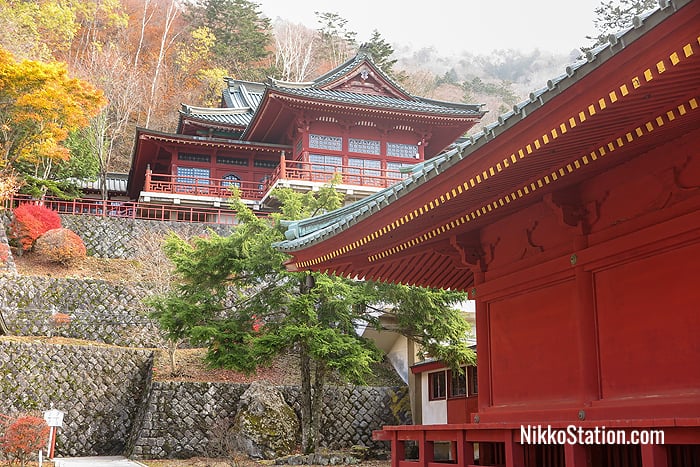 A view of the Godai-do

The temple has several buildings, but there is a second storied level called the Godai-do which houses statues of the five Buddhist Wisdom Kings. From the balcony of the Godai-do there is a wonderful view over Lake Chuzenji. 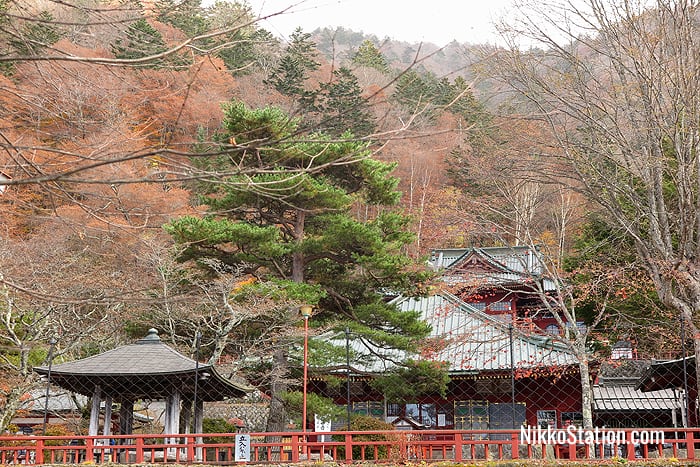 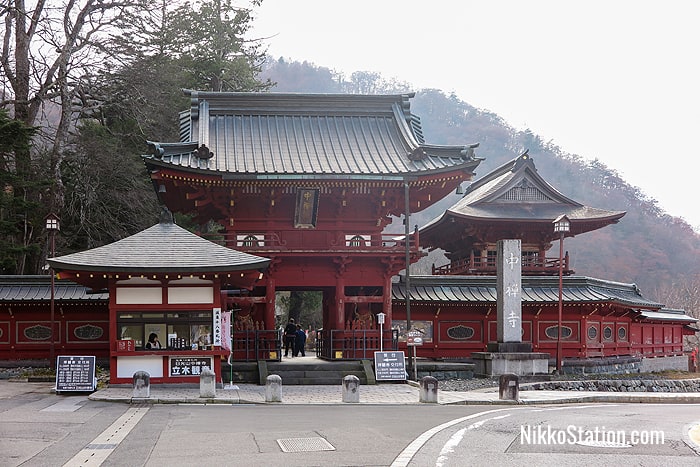 The entrance to Chuzenji Temple